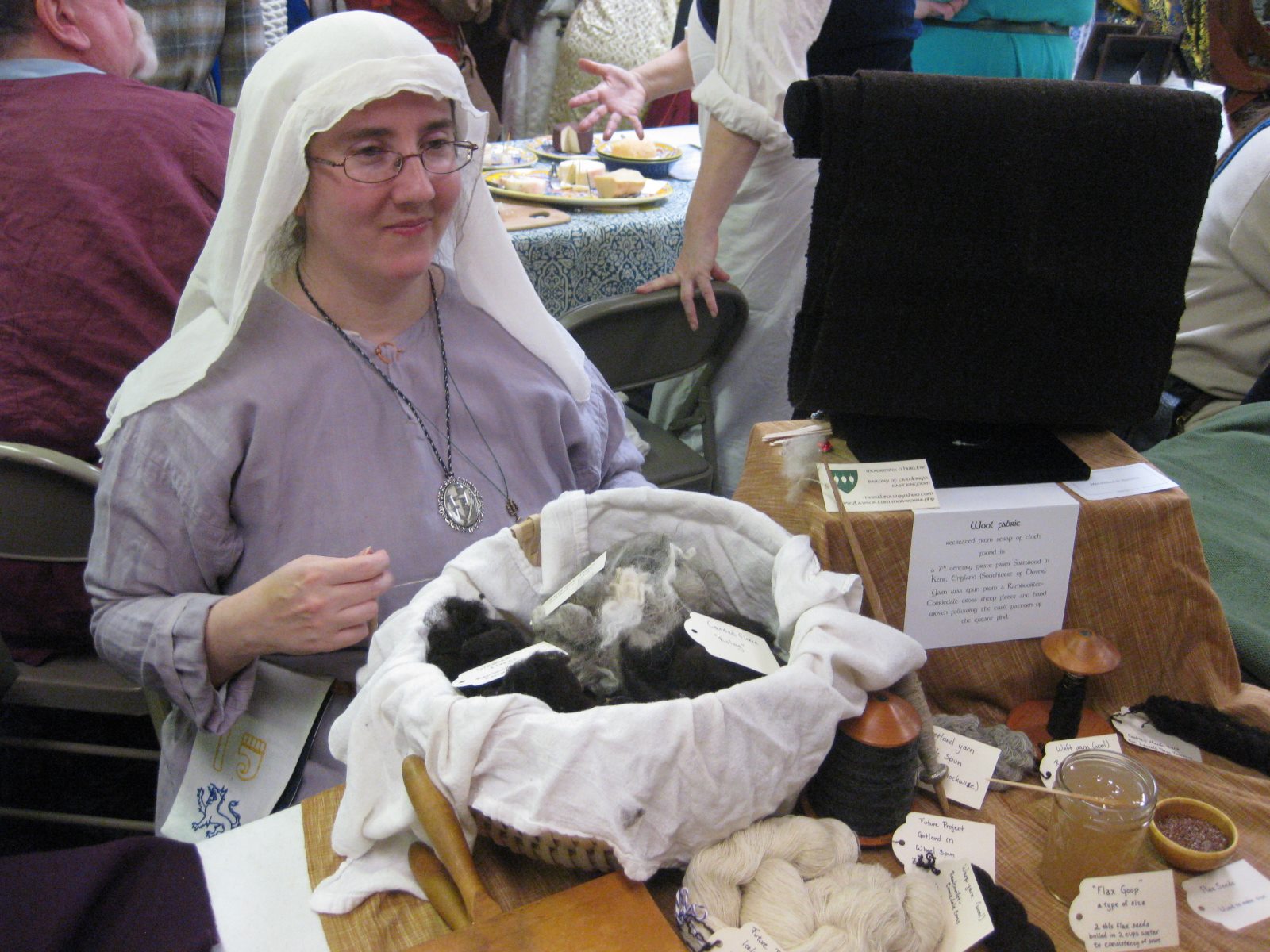 Even though I've been playing since 2015, I still feel new to the SCA, but not to recreating history. I've been living in the 18th Century since before I was born. Now I'm delving back further.

I have yet to pick a specific persona, because I just haven't found my moment. I am focusing my research towards Early Medieval English (formerly known as Anglo-Saxon), mid-Anglo-Saxon period (600-800) more than late. Whatever persona(s) I pick, I will be a spinner.

I've never really dreamed of being a princess. I enjoy being a peasant. What I love is finding those moments where you really connect to the past. I enjoy understanding and experiencing the day to day. I will never be one for first person interpretation, because I will set too high a standard for myself. However, making thread using a period spindle whorl makes me giddy in a way I can't put into words. Kneeling by a quern and really understanding why a water powered mill would have been fantastic is a special moment.

Residence: Canton of the Towers, Barony of Carolingia, East Kingdom

Award of Arms. Granted at Sir Wilhelm's Hastilude & Demo 2016, however I missed the event due to illness and did not receive it until Yule 2016.

Order of the Silver Brooch. Granted at Yule, 2017.

Baronial Champion of Sciences AS 51-52. Granted at Falling Leaves in Exile and then passed on at the same event the following year.

Order of the Maunche. Granted at Falling Leaves in Exile 2018.